After a great experience working together on his previous album, Doc Prop approached me for his 2013 release, Personal Business. While the packaging for this one would only be a 2 panel sleeve, we still wanted to create a clean and polished look. With clean and professional photos from Tony Snow, I was able to achieve the desired look. I also evolved Doc Props logo a little bit to compliment the photography. I also created an Electronic Press Kit for Doc Prop based on the creative direction of the album packaging. 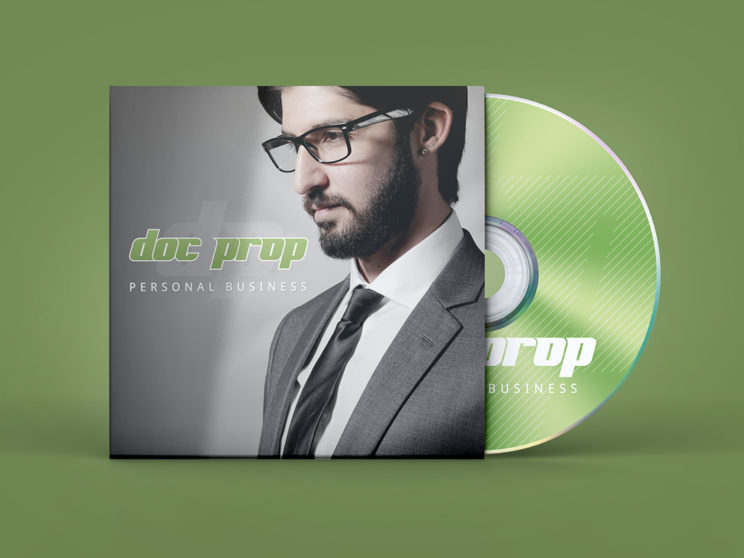 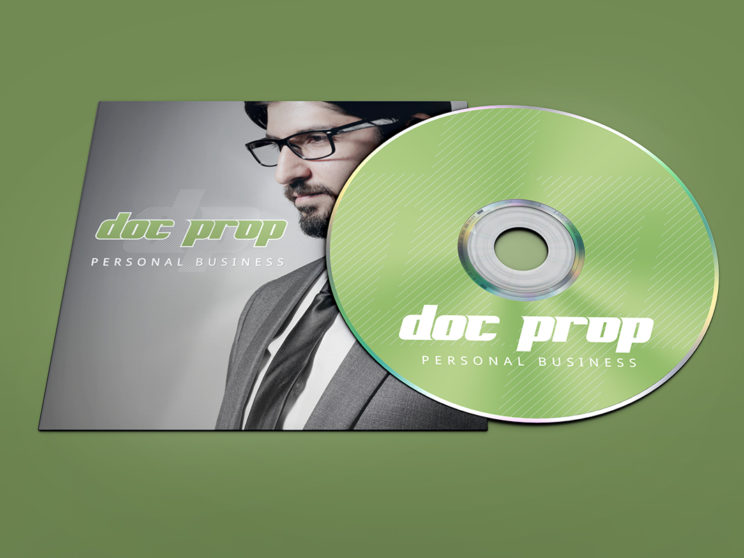 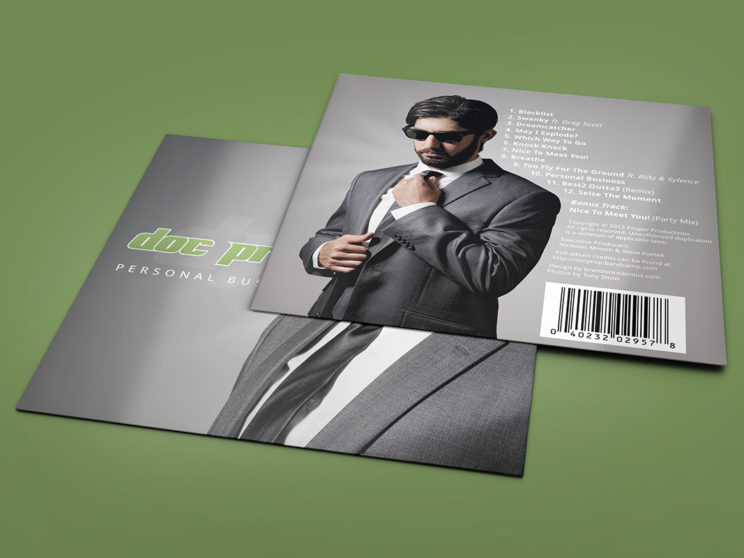 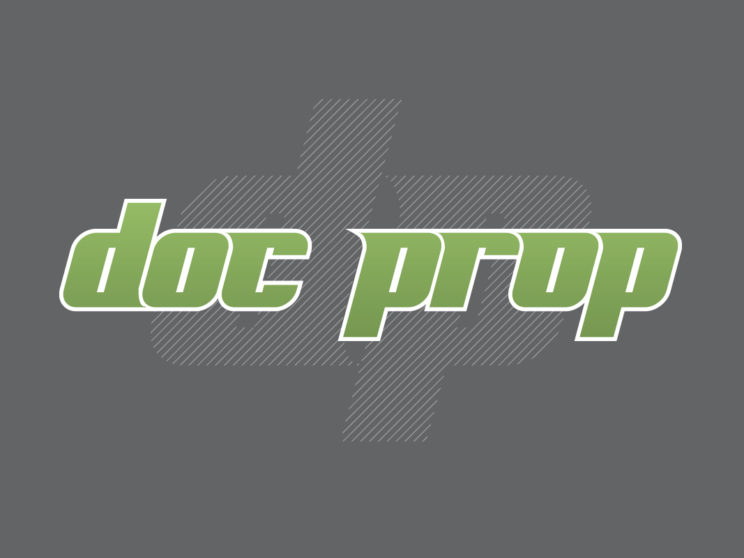 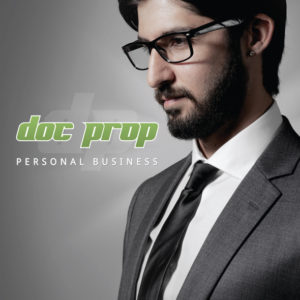 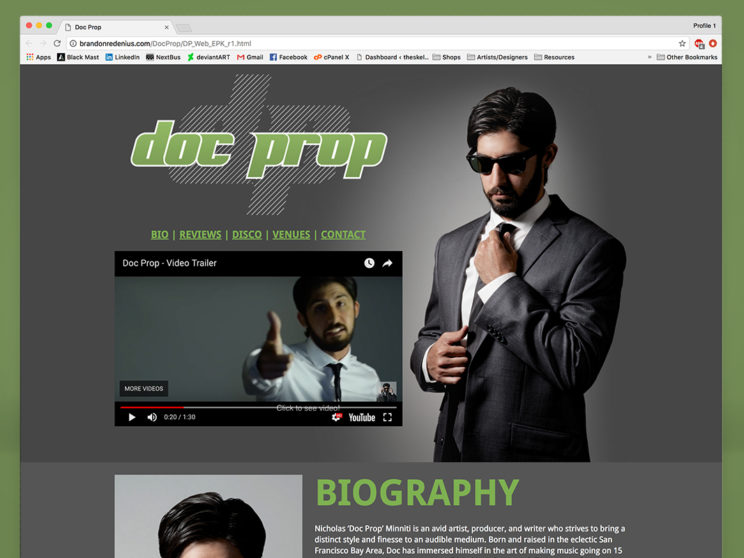 When Nick Minniti, aka Doc Prop, came to me with this project, he had already published several albums and was looking to establish himself as an artist and define who he is musically. Before we were able to approach the packaging design, we had to establish some branding & identity for Doc Prop. I collaborated with Nick to get a feel for what he wanted and how he wanted to represent it. He was looking for something sleek, slightly futuristic and atypical to hip-hop artists. The solution was a simple wordmark with the “DP” initials creating an asymmetrical shape for the logomark. We then did photoshoots in Chico and Sacramento CA before developing the album packaging. Most of the overall layout was influenced by the curved lines of the DP initials and wordmark. 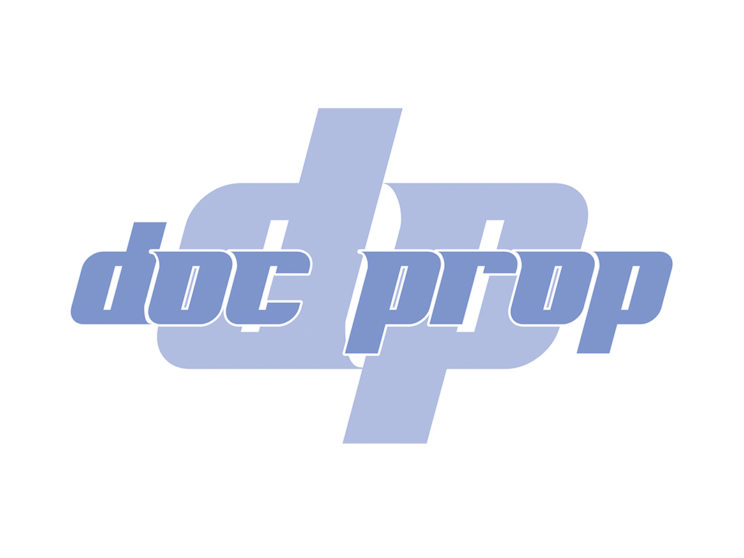 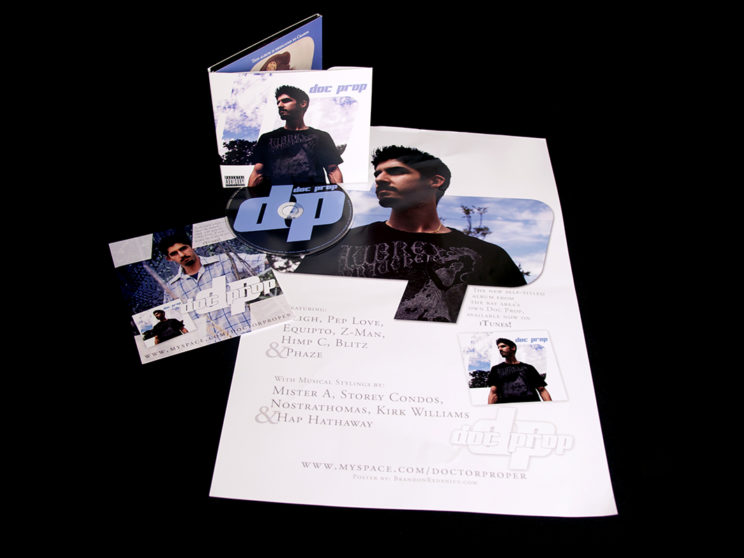 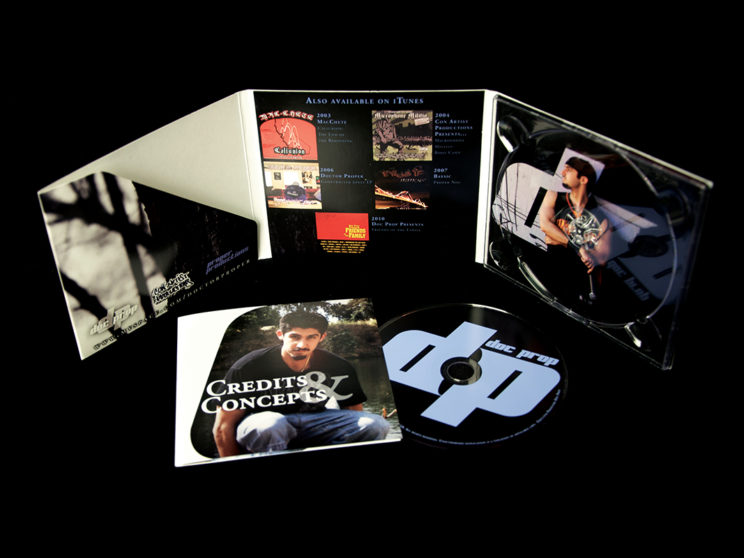 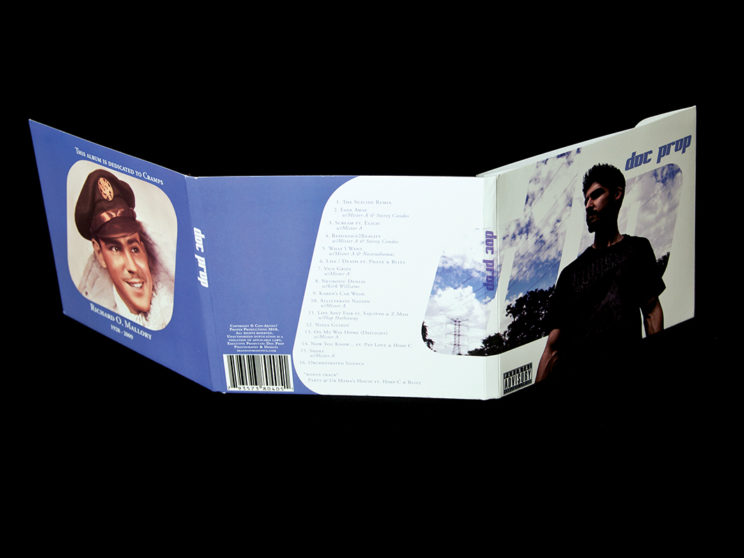 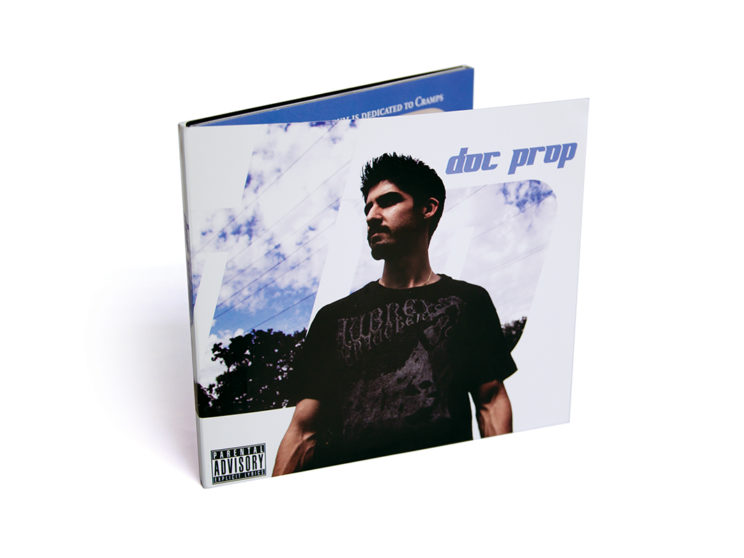